Poland is not among the most sought-after destinations for students who want to go through tertiary education. Most of these students focus on schools in Canada and the United Kingdom. However, it is good to know that Poland is home to some of the best universities around the world.

Asides from having some of the best universities, education in Poland is also cheap and affordable for the average student. You don’t need hundreds of thousands of dollars to get a degree from these schools, as it is in prominent schools in Canada and England.

The University of Warsaw is not as affordable as the University of Opole, but it has a fair tuition cost for the value it offers. It is one of the oldest universities in Poland, established in 1916. Currently, the university boasts over fifty thousand students who have come from different parts of the world to learn. It is the most prominent university in Poland.

Quite expensive in terms of tuition, Kozminski University is usually avoided by less-privileged students. It is located in the capital city of Poland, Warsaw. It is also the best business college in Central Europe, producing some of the best graduates annually. Four thousand Euros is quite affordable for a private university like Kozminski.

The National Capital University of Technology is one of the best universities in Poland, having a tremendous acceptance rate of over 80 percent. Founded in 1915, the university currently boasts a student capacity of over 30,000, making it one of the biggest in Poland. It is a leading technological institute not only in Poland but also in central Europe.

The universities above are not only prominent for affordable tuition but are also known to offer excellent educational value to students. If you do a little research on some of the alums produced, you will also realize that it is worth spending your penny on.

Steps To Apply For Jobs in Canada 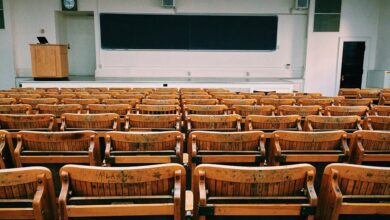 Safest Places To Study In Europe

Cheapest Universities In The Netherlands